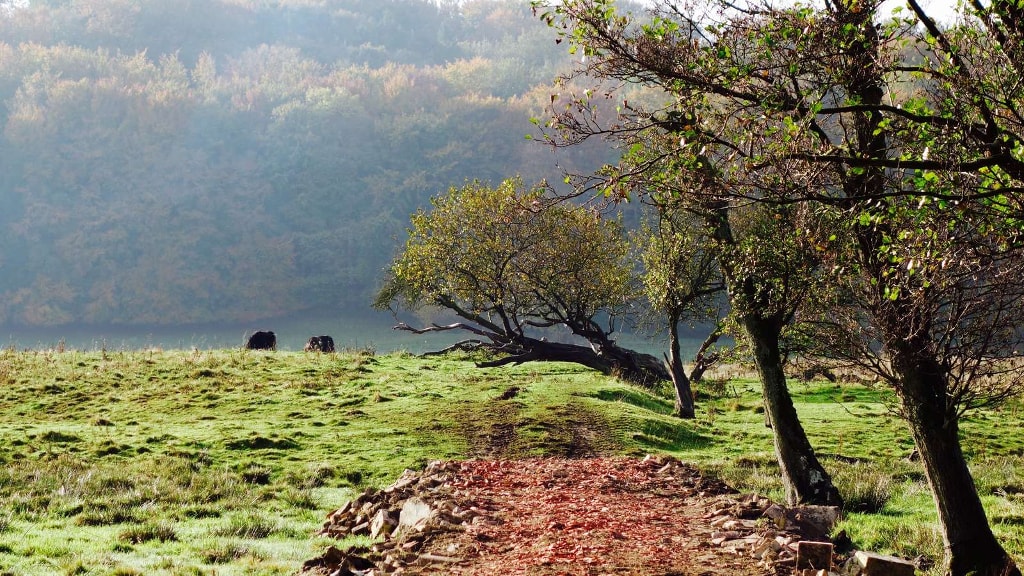 This beautiful trail begins either at the P-square at Foerlev Møllevej or at the Fuglsang Vest motorway stop.

The Mosque's brew has set itself like a soft summer dune over the valley. But the peace of the morning lasts shortly. Ru man stemmed and angry horse roar echoes on the slopes. And soon the moss is the place for a sacrifice. The victorious chief raises his sword.

If you have only a little imagination that you can put on the dissemination boards in Illerup Ådal, it is easy to imagine the scenes that have unfolded in the now so peaceful valley, when the Iron Age people offered weapons here. More than 15,000 objects have archeologists extracted from the depths of the moss, and most of the area has not been excavated yet.

The path is marked with red symbols on poles. Waterproof footwear is recommended.