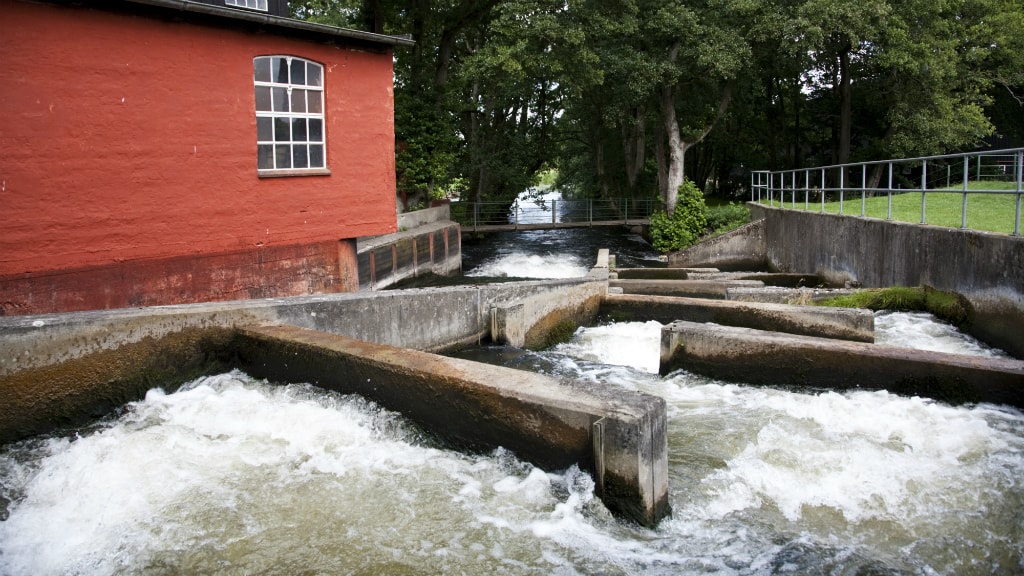 Klostermølle  (monastery mill) is situated where the Gudenå runs into Lake Mossø. It is a large group of buildings, previously housing a paper mill. In medieval times there was a Benedictine monastery here. A few remains can still be seen.
The monks dammed up the Gudenå and led the water through a canal to the monastery so that they could establish a water mill and an irrigation system for the meadows. 1872 the mill was converted into a paper mill producing pulp and cardboard. It functioned as such until 1973, when a fire put an end to the production. After the fire, the State bought the area for recreational purposes, and the public is admitted outdoor.
Sights particularly worth seeing: The monk’s 1.3 km mill canal, the remains of the paper mill, the countryside as such with lake, stream and eminences commanding a fine view.Dogs must be kept on a leach.
A bird-observation tower has been built in the northern end of the 100 m long drying shed, with a view of Klosterkær and Lake Mossø.
Address