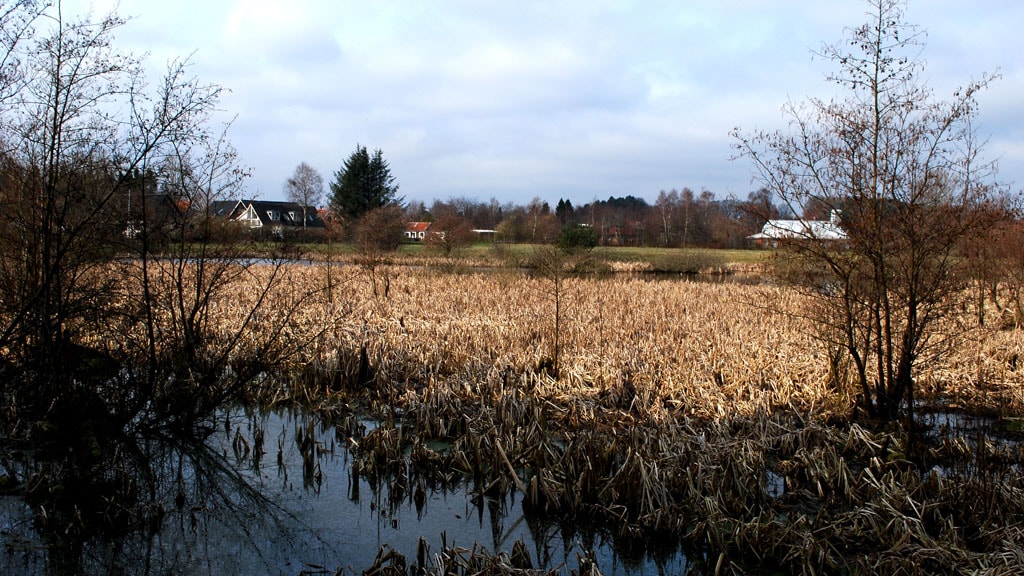 Siim Mose fills a wide dip in the broken moraine country east of the Gudenå glacial stream valley. Gullies from the dip to the Gudenå valley bear witness of an ice block which melted slowly. It left a minor lake, which later became choked with peat mosses and other plants, whose accumulated residues today constitute the peat in the bog. Ancient mounds at Lynghoved, Brunhøj, Maglehøj and other places speak of a settlement in the area in the bronze age. Before urbanization really gathered momemtum Siim Mose was farm land. The groundwater level was lowered so that the area could be used for cultivation, pasture and hay harvest, etc. Later the bog became a levelling reservoir for surface water from Industrial Area East.
Since 1990 the groundwater level has been raised again and paths made. The higher groundwater level improves the conditions for frogs and newts, which again attracts a number of birds and animals which live on among things amphibians. Another effect is that it helps to keep parts of the bog free of high plants such as trees and bushes.